When Debtor, Ms. Aleckna (“Aleckna”), filed for Chapter 13 bankruptcy relief, she had completed her university coursework but still owed California Coast University (“CCU”) $6,300 in tuition. While her bankruptcy was pending, Aleckna asked CCU to forward to her a copy of her transcript. CCU responded that they would only provide an “incomplete” transcript which did not include a graduation date, explaining that a “financial hold” had been placed on her account. CCU then filed a Complaint to Determine the Dischargeability of this Debt (“Complaint”) to which Aleckna filed a counterclaim against CCU. She argued that CCU had willfully violated the automatic stay (per 11 U.S.C. Section 362(k)) imposed as a result of the bankruptcy filing by refusing to give her a complete and certified transcript and by engaging in “collection actions” in trying to collect the unpaid tuition while her bankruptcy was pending. CCU then tried to withdraw its Complaint, but the Bankruptcy Court refused the request and held a trial regarding whether CCU’s actions were a willful violation of the automatic stay. The Court found in Aleckna’s favor concluding that CCU was attempting to collect a pre-petition debt during the pendency of the Chapter 13. The Bankruptcy Court held that Aleckna was entitled to receive her full transcript and failure to do so was akin to not supplying a transcript at all. They also, inter alia, awarded actual damages ($230.16) and attorneys fees ($100,000) because the CCU’s violation was “willful”.

CCU appealed this ruling to the District Court, arguing that its violation could not have been “willful” under the Third Circuit’s decision in In re University Medical Center, 973 F.2d 1065 (3d Cir.1992) as the case law was “unsettled” as to the obligation to provide a complete transcript, which could have provided them with a limited defense to the claim of a “willful” violation. The District Court affirmed the Bankruptcy Court ruling, and CCU then appealed to the Third Circuit, which also affirmed.

The Third Circuit held, in a precedential opinion (See In Re Aleckna (No. 20-1309, Sept. 9, 2021)), that University Medical remains good law and provides a mechanism by which one can challenge a finding of willfulness. The Court then found that CCU failed to show that the law regarding the transcript issue was “sufficiently unsettled” within the meaning of University Medical, and that CCU failed to establish a defense under this case law. Therefore, the violation of the stay was deemed to be willful. The Third Circuit was also very careful in pointing out that even a “good faith” defense by a creditor in that it did not believe its actions violated the automatic stay is not a defense to willfulness. Rather, willfulness is separate and distinct from good faith.

CCU next argued that the District Court erred in awarding damages and attorneys fees because there was no affirmative injury in this case. Section 362(k)(1) provides that “an individual injured by any willful violation of a stay shall recover actual damages, including costs and attorneys fees, and, in appropriate circumstances, may recover punitive damages.” Herein, the Third Circuit concluded that the injuries for which Aleckna was compensated through the lower Court’s award were cognizable under Section 362. As stated above, Aleckna was awarded: (1) $230.16 for the time she took off from work to attend trial; (2) her litigation attorneys fees (for fees associated with attempts to get her transcript and the litigation costs); (3) three copies of her certified transcript containing a graduation date; (4) a diploma; and (5) the pre-litigation attorneys fees she incurred while attempting to obtain her complete transcript. Even if the financial harm to a student is arguably small, the Third Circuit held that her failure to receive a complete transcript without court intervention constituted a cognizable injury under Section 362. Furthermore, the fact that CCU did not provide a compelling explanation as to why the attorneys fees did not constitute a financial injury on their own was fatal to their argument. Finally, the Third Circuit observed that the automatic stay is designed to protect “both financial and non-financial interests”.

Therefore, the Third Circuit held that the District Court did not err in concluding that Aleckna had been injured by the university’s violation and that the award of damages and attorneys fees was appropriate.

To discuss the issues raised here or any other issues involving creditors rights and bankruptcy, please contact Leslie Beth Baskin, Esquire at 215-241-8926 or at lbaskin@sgrvlaw.com.

Estate Tax Alert – Did Congress Fool Us Again or A Shrewd Deception?

SGRV Welcomes Adam A. Filbert to its Practice

Alan B. Epstein Selected to Best Lawyers in America’s 2022 List

Often the Worst Part of a Binge Occurs the Next Morning.

Third Circuit Opines as to Definition of Executory Contract: There Is Not Always a ‘Silver Lining’ For All Who Follow the ‘Playbook’

Alan B. Epstein Featured in Lawyer Limelight Profile by Lawdragon™

SGRV Welcomes Dana A. Bernstein to its Estates and Trusts Practice 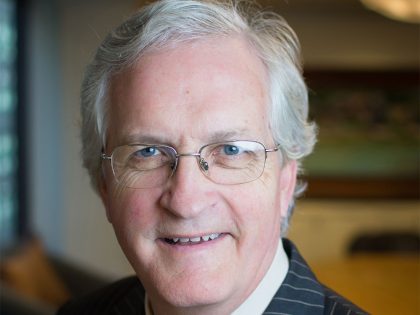 SGRV Attorney Daniel J. Dugan Chosen as a Most Effective Dealmaker by The Legal Intelligencer

Can You Require That Your Employees Get Vaccines?

Why Risk Assessment is Critical in Addressing COVID-19 Cybersecurity Threats

Employers Should Expect Changes with the New Administration

Don’t Shoot the Messenger! Your Bills Are Still Due, Even Though the Post Office Never Delivered Them

Heather M. Eichenbaum Discusses the Broad Circumstances in which Lawsuits may be Filed in December 2020 Park World Magazine​

Doing Well By Doing Good, At Least In Miniature

Court of Common Pleas agrees with SGRV’s Matt Shindell, from The Legal Intelligencer

This is an OUTRAGE!! I don’t care what the law says, FIX IT!

Alan B. Epstein Selected To 2020 list of 500 Leading Plaintiff Employment Lawyers by Lawdragon™

The Paycheck Protection Program: What a Long, Strange Trip It’s Been

Your Business Can Reopen. Now What?

The Effect of the Coronavirus On Corporate and Personal Bankruptcy Filings: What You Need To Know

COVID-19 and What Employers Need to Know

George M. Vinci, Jr. to Speak on Creating a Defense Strategy When the Legal Malpractice Claim is Still Developing

Joseph J. Devine Speaks on Selecting the Right Legal Entity for a Company at Biosp Series

SGRV Welcomes Kristen Over to its Litigation Practice

Stanley P. Jaskiewicz to be Honored with Paul Quinn Award by The Timothy School

Michael J. McGirney to Speak on Legal Ethics of Social Media and ESI on Apr. 25

Estate Planning After the Tax Cuts and Jobs Act of 2017

Michael J. McGirney to Speak on Ethics for Construction Attorneys on Mar. 26

Dealing With the Loss of Itemized Deductions

What the Fleetwood Mac Case Can Tell You About PA Partnerships

Harness the Power of the Integration Clause to Protect Your Business

Why the 1% Should Care About Medicaid

Don’t Miss the “Opportunity” to Avoid Taxes in PA

Yogi Does Privacy: What US Businesses Must Do Now

Materiality, Knowledge and Disclosure in Representations and Warranties

Are You Volunteering to go to Jail?

Manna on Main Street, a Nonprofit Where Stanley Jaskiewicz is Secretary and a Board Member