To most businesses that engage in the negotiation and performance of contracts, life should be simple.  When parties engage in preliminary negotiations, they are not bound by formal obligations until a final agreement is signed, but after a final contract is signed, all parties are bound by the agreements’ terms going forward.

For example, because generally all that is required for contract formation is a “meeting of the minds,” negotiating parties sometimes argue that enforceable obligations arose from mere negotiations, because they agreed on relevant provisions despite the lack of a signed contract.  Other times, a negotiating party will allege that because it relied upon, and took action based upon, representations or a course of performance, an enforceable “quasi-contractual” obligation arose despite the lack of a formal contract.  Further, even if negotiations have concluded, one party may still allege that the other has a “good faith” duty to continue negotiations to consummate an agreement.

After a contract is executed, parties sometimes assert contractual provisions were changed or modified to their benefit.  For example, one party may contend that the failure of the other to enforce certain provisions gives rise to a waiver, preventing later enforcement of those provisions.  Likewise, one can assert that a course of performance is conclusive evidence of the understanding of the parties, even if the signed agreement contains contrary language. In addition, under a theory of fraud in the inducement or justifiable reliance, a party may argue that pre-contractual representations and promises are enforceable, even though they were not contained in the final agreement.

So can a business take steps to prevent it from being bound to pre-contractual discussions, and ensure that the obligations in an agreement will not be subject to change after it is signed?  The answer is that a business should always take care to define and limit the scope of pre-contractual negotiations, and have specific provisions in business agreements precluding post-contractual attempts to deviate from contractual terms.

As to pre-contractual negotiations, Pennsylvania courts enforce pre-contractual provisions that no contract will exist unless there is an offer and acceptance in a specific “mode and manner,” and that no contract can arise until one or both parties have made a “further manifestation of assent.”  Practically speaking, this permits parties to execute a term sheet or pre-contractual description of deal points, while preventing the formation of a valid and enforceable agreement until some specified future event (such as the execution by a specific person of a definitive written agreement) occurs. For example, in  GMH Associates, Inc. v. Prudential Realty Group, 752 A.2d 889, 901 (Pa.Super. 2000), the court found that no enforceable obligation, including a duty to negotiate in good faith, could arise where a term sheet between negotiating parties contained the following provisions:

NOTWITHSTANDING THAT EITHER OR BOTH PARTIES MAY EXPEND SUBSTANTIAL EFFORTS AND SUMS IN ANTICIPATION OF ENTERING A CONTRACT, THE PARTIES ACKNOWLEDGE THAT IN NO EVENT WILL THIS LETTER BE CONSTRUED AS AN ENFORCEABLE CONTRACT …  AND EACH PARTY ACCEPTS THE RISK THAT NO SUCH CONTRACT WILL BE EXECUTED.

Any Contract which may be negotiated shall not be binding … until it has been approved by the senior corporate officers and the Law Department of Seller … Such approvals are conditions precedent to the Seller’s obligation to perform … and may be withheld for any reason or for no reason.

To provide even greater protection, other “belt and suspenders” disclaimers can be used, such as a provision that no duty or obligation to negotiate in good faith or to continue negotiations can arise, and “no reliance” and “no course of dealing” provisions, which are discussed below.

Once a written agreement is signed, Pennsylvania courts enforce various contractual provisions precluding the parties from contending after a contract is signed that it is not enforceable as written.  For example, Pennsylvania courts generally enforce “anti-waiver” provisions to prevent the parties from later asserting that contractual provisions have been waived.  Generally, an “anti-waiver” provision will state:

Similarly, to preclude a later argument that the parties agreed to an “oral modification” of a contract, Pennsylvania courts generally enforce “no oral modification” provisions, which state generally “this Agreement may only be amended by written agreement signed by both parties hereto or by their duly authorized representative,” or “no agent, representative, employee or officer of [the company] has or had authority to make or has made any statement, agreement or representation, either oral or written, modifying adding or changing the terms and conditions herein set forth.”   To protect against an argument that the parties’ course of performance created a change to a contract, the following provision can be utilized:  “No present or past dealings or custom between the parties shall be permitted to contradict or modify the terms hereof.”

To protect against an argument that pre-contractual representations not included in the final contract induced one party to sign the agreement, Pennsylvania courts generally enforce “integration” clauses, such as “this agreement constitutes the entire agreement between the parties and supersedes and extinguishes all previous drafts, agreements, arrangements and understandings between them, whether written or oral, relating to this subject matter.”  Under most circumstances, such clauses will prevent parties from claiming fraudulent inducement to contract based on statements not included in a signed agreement.  Additionally, Pennsylvania courts will generally enforce “no reliance” provisions to preclude fraud and quasi-contract claims arising from the negotiations and performance of a contract.  This is a sample “no-reliance clause:

Use of these provisions during business negotiations and performance of business agreements can ensure certainty as to contractual obligations, and prevent unexpected contractual liability.

Andrew J. DeFalco is a trial and appellate lawyer and a Member of Spector Gadon Rosen Vinci, P.C.  He represents and advises companies and individuals in complex business disputes.  His e-mail is adefalco@lawsgr.com, and you can connect with and follow him on LinkedIn at www.linkedin.com/in/andrew-defalco-6b63275/.

Your Business Can Reopen. Now What?
The Small Business Exemption under the Family First Coronavirus Response Act

Alan B. Epstein Selected to Lawdragon’s Hall of Fame and 500 Leading Employment and Civil Rights Lawyers

You Own, You Lose

Estate Tax Alert – Did Congress Fool Us Again or A Shrewd Deception?

SGRV Welcomes Adam A. Filbert to its Practice 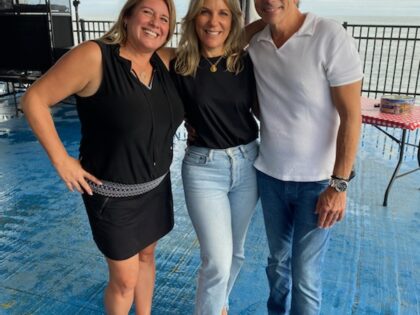 Alan B. Epstein Selected to Best Lawyers in America’s 2022 List

Often the Worst Part of a Binge Occurs the Next Morning.

Third Circuit Opines as to Definition of Executory Contract: There Is Not Always a ‘Silver Lining’ For All Who Follow the ‘Playbook’

Alan B. Epstein Featured in Lawyer Limelight Profile by Lawdragon™

SGRV Attorney Daniel J. Dugan Chosen as a Most Effective Dealmaker by The Legal Intelligencer

Can You Require That Your Employees Get Vaccines?

Why Risk Assessment is Critical in Addressing COVID-19 Cybersecurity Threats

Employers Should Expect Changes with the New Administration

Don’t Shoot the Messenger! Your Bills Are Still Due, Even Though the Post Office Never Delivered Them

Heather M. Eichenbaum Discusses the Broad Circumstances in which Lawsuits may be Filed in December 2020 Park World Magazine​

Doing Well By Doing Good, At Least In Miniature 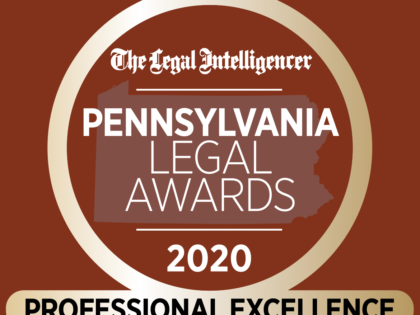 Court of Common Pleas agrees with SGRV’s Matt Shindell, from The Legal Intelligencer

This is an OUTRAGE!! I don’t care what the law says, FIX IT!

Alan B. Epstein Selected To 2020 list of 500 Leading Plaintiff Employment Lawyers by Lawdragon™

The Paycheck Protection Program: What a Long, Strange Trip It’s Been

Your Business Can Reopen. Now What?

The Effect of the Coronavirus On Corporate and Personal Bankruptcy Filings: What You Need To Know

COVID-19 and What Employers Need to Know

George M. Vinci, Jr. to Speak on Creating a Defense Strategy When the Legal Malpractice Claim is Still Developing

Joseph J. Devine Speaks on Selecting the Right Legal Entity for a Company at Biosp Series

SGRV Welcomes Kristen Over to its Litigation Practice

Stanley P. Jaskiewicz to be Honored with Paul Quinn Award by The Timothy School

Michael J. McGirney to Speak on Legal Ethics of Social Media and ESI on Apr. 25

Estate Planning After the Tax Cuts and Jobs Act of 2017

Michael J. McGirney to Speak on Ethics for Construction Attorneys on Mar. 26

Dealing With the Loss of Itemized Deductions

What the Fleetwood Mac Case Can Tell You About PA Partnerships

Harness the Power of the Integration Clause to Protect Your Business

Why the 1% Should Care About Medicaid

Don’t Miss the “Opportunity” to Avoid Taxes in PA

Yogi Does Privacy: What US Businesses Must Do Now

Materiality, Knowledge and Disclosure in Representations and Warranties

Are You Volunteering to go to Jail?

Manna on Main Street, a Nonprofit Where Stanley Jaskiewicz is Secretary and a Board Member